There are several metaphors for community design and outreach. If you believe there are serious problems with industrial capitalist civilization and that anyone who decodes this should have a place in community outside of this system, then you see community as a lifeboat. If you believe that a specific community has a specific mission to complete and there only so many seats to be filled selectively (the number of which are often determined by the number of bedrooms in the community) then you see community as a spaceship. 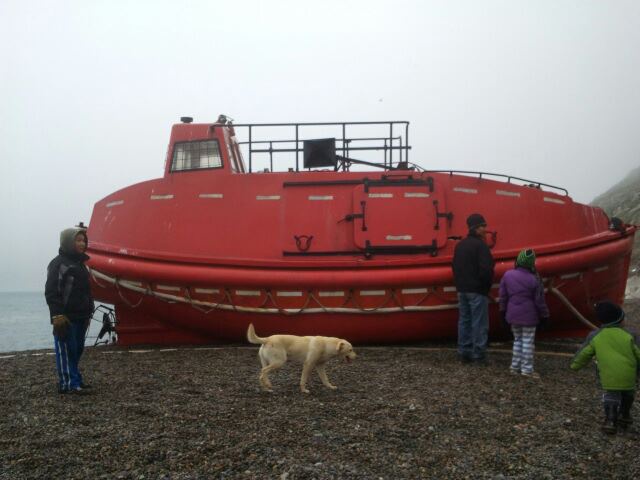 Some Point A meetings in DC so far have left me the feeling that we are building a spaceship there. Not everyone in the group was going to be on the ship, but many were actively considering it. And that there was some recognized risk associated with being on this exploratory journey and there were people willing to take that risk.

In NYC we seem to be building out this metaphor and now we are building mission control. Mission control can be seen as a group on the ground, which helps the astronauts build and launch the spaceship. What this means as organizers is we are not looking for the select few people who will be next to us in the limited spaceship seats (rooms), but rather we are entering into conversation with anyone who is interested in the project and figuring out how they can help. So “the project” is much larger than just Point A chapter/building. The project is making highly resource sharing and potentially income sharing communities come into being, with our current focus being in the NYC greater metropolitan area.

During a visit to NYC with some mission control friends we discovered the need to recognize and support the other spaceships when we went to visit Teagan and Arrow just west of Manhattan. Teagan is a networking titan who has been pitching the need for ecovillage expansion for years. Arrow is a socially responsible industrialist who has a vertically integrate bio-diesel company.  Together they are starting the Catalyst Community eco-village project outside in NYC.  We also met Jon that evening from the Eastern Light Project, who is trying to save some beautiful land from development. We spoke about their projects and we ended up spending so much time on them, that we never made it to discussing Point A. This made us realize we have more of a mission control mandate.

There are lots of highly useful workshops and skill shares at the annual Twin Oaks communities conference and the vast majority of the people from the NYC area are never going to make it to this event. If most NYC folks can’t make it to events on Staten Island, there is no chance they are going to find themselves in central Virginia. So we should be doing at least parts of this multi-community introducing format in NYC. At a recent event we did a miniature version of “Meet the Communities” where each of the perhaps a dozen communities present gave a 90 second self descriptions and then went to different tables in the room to invite more direct communication. This seemed to work well and some important alliances seemed to form. Perhaps more spaceships are forming.

Look to The Federation of Egalitarian Communities and the CommuneLife blog to get an idea of where we're coming from.

- Point A: Engaged Urban Communes - -
A project of the Federation of Egalitarian Communities